Ok, this always sparks controversy, but it is something that needs to be more clear and I will do my best to be as “matter of fact” as possible.

There are so many myths and confusing articles in regards to which cosmetic brands test and which ones do not.  So, I’m writing this post to help people understand it a little more. I’m surprised at how many people disregard this issue, maybe it’s because they can’t fathom the idea of giving up their favourite brand, so they simply deny it.  Or maybe it’s because they trust the big companies to do what is right, despite what is being said. What they don’t realise is there are so many amazing, cruelty free makeup brands out there, they are missing out on.

Now, although I am hugely against animal testing and am a massive animal lover, I am not here to be judgemental, or bad-mouth any companies and I definitely do not get paid to promote any brands. I am purely doing this to create more awareness about animal testing and hopefully help stop it. I believe Animals should not be tortured for the sake of the perfect winged liner, or hiding a pimple.

Makeup companies on the DO and DON’T test list

So, first of all;  why are some brands on the ‘DO TEST’ list and also on the ‘DON’T TEST’ list. How is this possible? This depends on the site you go on, as to what their criteria for testing on animals incorporates. For example; Avon state very clearly on their current 2017 website that they do NOT test their products on animals and that “Animal welfare is a cornerstone of Avon’s product safety philosophy…Avon was the first cosmetic company to end animal testing nearly 25 years ago”.

However, Avon do still appear on some DO test lists. But how? Despite Avon’s stance on animal welfare, they still sell in countries, like China. Whose law requires cosmetics sold in China, MUST be tested on animals.  If a brand decides to put their profits before animal testing, by selling in countries like China, then, in my opinion, they should NOT be allowed to say they don’t test on animals. Because the fact of the matter is they obviously condone it, if they are testing their products on animals for sale in China. Simple. Unfortunately, some of these lists don’t categorise that as the company testing on animals and that is why they often appear on both lists.

Then there are the brands that don’t actually test their end products on animals, but they use manufacturers who test the ingredients and ingredient combinations on animals during the making process.  This can also often be the reason brands are seen on both lists.  This is also something that I believe should still put them on the DO TEST list, because they are happy for those companies to test on animals, thus in essence, condone it. To check this, I highly advise you also contact the companies direct.

Keep in mind we are not talking about vegan brands.  Veganism and animal testing are 2 different topics. There are many animal derived ingredients (not all) that are easily obtained without being cruel to the animals. But that’s a blog for another day. This blog is purely about animal testing.

Some brands that DO NOT TEST on animals are;

To my knowledge none of these brands, or their parent companies test their ingredients or products on animals, nor do they affiliate with any suppliers/manufacturers who do and they do not sell in countries who’s law require animal testing.

Some great websites to check out are;

These websites give you a better idea of the lists I’ve been talking about and more information about the industry of animal testing.  It’s much more widespread than you think!!

So, next time you are shopping for something to keep your hair in place, or make your skin glow, or give you a pout to stop traffic, keep in mind which makeup brands let you do this without hurting innocent lives.

Nothing is more beautiful than kindness - true beauty is cruelty free. Mobile Make-Overs ONLY use the best cruelty free cosmetic products available. 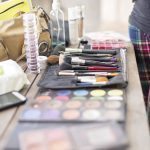 The difference between Commercial Makeup and Professional Makeupmakeup tips 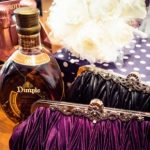 9 Beauty products every bride should havemakeup tips, tips for brides