By Tallora
Posted May 8, 2017
In tips for brides
Bridezillas – What are they and how can you identify them2017-05-082020-11-16https://makeoversaust.com.au/wp-content/uploads/2015/12/mobile-make-overs-australia-header-logo.jpgMobile Make-Overs Australiahttps://makeoversaust.com.au/wp-content/uploads/2017/05/wedding-hair-and-makeup-bridzilla.jpg200px200px
0

Let’s start with the definition of a Bridezilla

‘A breed of bride who acts as though she is the most important person in the universe because she is a bride. A bridezilla often demands unrealistic or unfair requests upon her bridal party and family, and often explodes in fury over small details.’

9 common traits to identify a Bridezilla

Some of my experiences with the dreaded Bridezilla…..

Nothing is more beautiful than kindness - true beauty is cruelty free. Mobile Make-Overs ONLY use the best cruelty free cosmetic products available. 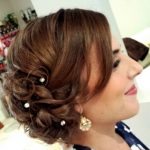 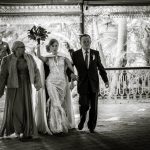